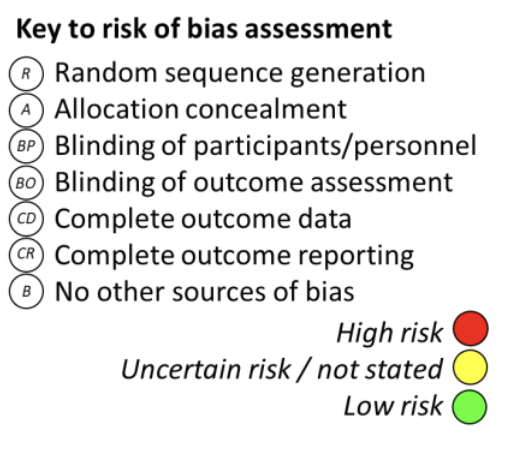 Summary: The study recruited 201 kidney transplant recipients who had previously received two doses of an mRNA SARS-CoV-2 vaccination without developing spike protein antibodies, and who had not had COVID-19 disease. Participants were randomized to homologous vaccination, i.e. receiving a further mRNA vaccine (BNT162b2 [PfizerBioNTech] or mRNA-1273 [Moderna]), or to have a heterologous third dose by receiving a viral vector vaccine (Ad26COVS1 [Janssen]). Among the 197 patients who completed the study, 39% responded to the third vaccine by producing SARS-CoV-2 antibodies after 4 weeks, however only 22% of these responders developed sufficient levels to have virus neutralizing capacity. There was no statistically significant difference between the two vaccination strategies, with 35% seroconversion with the mRNA vaccines and 42% with the vector vaccine. Higher response rates were seen among those not on triple immunosuppression, among those with a greater amount of time since kidney transplantation, and among those with lower levels of the ubiquitous and non-pathogenic torque teno virus (TTV), which is used as a surrogate marker to indicate immune system integrity, with lower viral levels suggesting better immune system function, which was expected to result in improved response to the vaccine. Rates of local injection site pain were higher with the mRNA vaccine, but no other safety concerns were seen.

Comment: Prior studies have demonstrated that for recipients of kidney transplants, two doses of SARS-CoV-2 vaccination provide an insufficient vaccine response, with up to half of patients not developing antibodies. Risk factors for poor response identified in other studies include treatment with mycophenolate, calcineurin inhibitors, or belatacept, and with lymphocyte-depleting induction therapy. The lack of response confers a major risk of developing a severe SARS-CoV-2 infection in these vulnerable patients receiving high doses of immunosuppressive treatments in the context of a global pandemic. In the present study of patients who had not responded to 2 prior SARS-CoV-2 vaccinations, either a heterologous or a homologous third dose appeared safe but only provoked seroconversion among a minority. Serological response may not correlate clearly with clinical outcomes, however, with other studies suggesting an ~80% reduction in symptomatic COVID-19 infection among solid organ transplant recipients who have been vaccinated. Further research is needed to clarify the relative impact of vaccine type on clinical outcomes for transplant recipients, and to evaluate the response to four-dose vaccination strategies.

Regular acetaminophens use increases blood pressure in people with hypertension.

Summary: In this single-center, double-blind, placebo-controlled crossover study 110 individuals with hypertension and average BP of < 150/95 mmHg were randomized to receive acetaminophen (paracetamol) 1 g four times daily or placebo for two weeks followed by a two-week washout period before crossing over to the alternate treatment. No participants had a history of regular acetaminophen use or chronic pain. Compared to placebo, acetaminophen treatment was associated with a significant increase in mean daytime systolic ambulatory BP (4.7 mmHg, 95% confidence interval [CI] 2.9-6.6, p<0.0001), mean 24-hour systolic BP (4.2 mmHg, 95% CI 2.4-6.0, p<0.0001), mean daytime diastolic BP (1.6 mmHg, 95% CI 0.5–2.7; p=0.005), and mean 24-hour diastolic BP (1.4 mm Hg, 95% CI, 0.3– 2.5; P=0.017). This effect was similar in patients with both treated and untreated hypertension at baseline. Two serious adverse events occurred during the study period that were considered not to be related to acetaminophen use. There was a reversible rise in serum ALT levels associated with acetaminophen therapy.

Comment: Acetaminophen is one the most commonly prescribed medications for the management of chronic pain worldwide. For a long period of time, it has been widely considered as a safe alternative to NSAIDs for people at high cardiovascular risk. The PATH-BP trial demonstrated a significant increase in BP associated with regular use of acetaminophen at therapeutic doses. These findings raise the possibility that acetaminophen may therefore contribute to an increase in the risk of cardiovascular events in people with hypertension by way of blood pressure elevation, and its prescription in this category of patients requires caution, especially given the limited evidence of efficacy in chronic pain. Further evaluation of the effects of acetaminophen on blood pressure in individuals with chronic pain, and of diverse ethnic backgrounds, will help extend the clinical applicability of this study’s findings.

Summary: In this open-label, randomized controlled trial, 32 adult participants with Class III and IV lupus nephritis (LN) were randomized to either a low-dose (0.5 mg/kg/day with maximum 30 mg/day) or standard high-dose (1 mg/kg/day with maximum 60 mg/day) oral prednisolone regimen for the first 4 weeks, followed by a protocolized taper. Steroids were given in combination with background immunosuppression of intravenous cyclophosphamide. At 24 weeks, there was no difference in the proportion of individuals with complete renal remission (as defined as reduction in urine total protein to <500 mg/day and return of serum creatinine to previous baseline), with both groups achieving a remission rate of 66.7% (p=0.99). There was also no significant difference in those who achieved renal (partial/complete) remission (86.7% in the low-dose group, 95% CI: 59.5-98.3, and 83.3% in the high-dose group, 95% CI: 51.6-97.9; P = 0.99). As expected, steroid-related adverse events occurred more in the high-dose prednisolone group.

Comment: This single center, unblinded study conducted by a Bangladeshi department of Rheumatology supports the recent updates to both the European League Against Rheumatism (EULAR) and KDIGO guidelines in support of lower dose glucocorticoid induction of remission for LN. Importantly, it demonstrated comparable findings in a Bangladeshi population to the studies that prompted these guideline revisions, using a background immunosuppressive regimen which is more reflective of standard practices in this country. It is noted that the study was underpowered due to failure to recruit the prespecified target of 140 participants and most participants did not have biopsy-proven LN, thus results should be interpreted with caution.

Pinpointing hypotension on dialysis: could acupressure be the way forward?

Reviewed by A Gallagher

Summary: One hundred and thirty-five participants on routine haemodialysis with a history of intradialytic hypotension were randomized to either one hour of acupressure to the Neiguan (P6) acupressure point via electrostimulation bracelet or placebo bracelet in the 3rd hour of dialysis. Systolic blood pressures were higher over the 12 sessions in the intervention group on average. At the end of dialysis in the fourth week, the systolic blood pressure was 108.07±9.15mmHg in the intervention arm versus 103.60±8.54mmHg in the placebo group (P<0.001). There was also lower fatigue scores and greater decrease from baseline in mean pain scores in the intervention arm.

Comment: Hypotension during dialysis is not only of clinical importance for its effect on the ability to provide adequate quality and quantity of haemodialysis, but its associated adverse effects of fatigue and headaches can last long after dialysis has finished and impact on a patient’s quality of life. This Turkish study suggests acupressure during the latter stages of dialysis may reduce both hypotension episodes and its sequelae in those prone to these episodes. Such nonpharmacological interventions with no adverse effects present an attractive opportunity to improve quality of care for haemodialysis patients. The effectiveness of blinding in the study raises some uncertainty about the interpretation of the results, and in particular the subjective symptom improvements; the outcome assessors appear unblinded, and it’s possible that patients may have been able to tell the difference between the active intervention and the placebo bracelet (which contained no batteries and was not giving electrostimulation). As such, the intervention may have resulted in a placebo effect. Comparison to electrostimulation of an acupuncture point not believed to be associated with blood pressure may shed further light.

Summary: Ten individuals on stable extended-hours home haemodialysis were randomized either to the standard (Fresenius FX-80) or high-flux (Solacea-190H) dialyzer membrane for a 4-week period, with no change to chronic dialysis prescriptions. Each group had crossover to the second dialyser type for another 4-week without a washout period. Blood samples were taken during the mid-week session of the 4th week to compare removal of small, middle, and large-middle molecule between two dialysis membranes. Clearance for markers of inflammation (interleukin-6, malondialdehyde-modified low density lipoprotein and alpha-1 microglobulin) were also evaluated. Reduction ratios at the fourth week of each dialyser sequence showed no significant difference in clearance of all measured molecules in this study. One participant experienced recurrent clotting of dialysis lines whilst using the Solacea-190H dialyser resulting in withdrawal from study and a switch back to the FX-80 dialyser.

Comment: End-stage kidney disease is associated with accelerated atherosclerosis and cardiovascular disease, attributed in part to the accumulation of uraemic toxins and subsequent inflammation and oxidative stress. Enhanced removal of these molecules is of great interest in this cohort to improve survival outcomes. This study was designed to mimic real world care for participants without requiring adjustment to their routines, and the results were adjusted for haemoconcentration. As a pilot study with a small sample size conducted over a short period of time, a larger randomized controlled trial is warranted, perhaps using assays that are validated outside of a research setting and including patient-centered outcomes.