CKDu or Chronic Kidney Disease of Unknown etiology/Uncertain cause is a type of chronic kidney disease that mainly affects marginalized agricultural communities in specific areas of the world where a large number of people develop an unexplained, deadly form of kidney disease (Figure 1/Distribution in the world).

Because the populations affected are some of the world’s poorest and are exposed to a high degree of occupational and environmental hazards, and because the disease is considered a ‘medical mystery,’ CKDu has received significant attention in scientific magazines and the media.

Distribution in the world

CKDu is a devastating and deadly phenomenon in affected regions:

Initial surveys conducted in Central America, demonstrate that up to 20-30% of adults in ‘endemic communities’ show a high prevalence of decreased kidney function of unknown origin, possibly of environmental or occupational origin[1]. 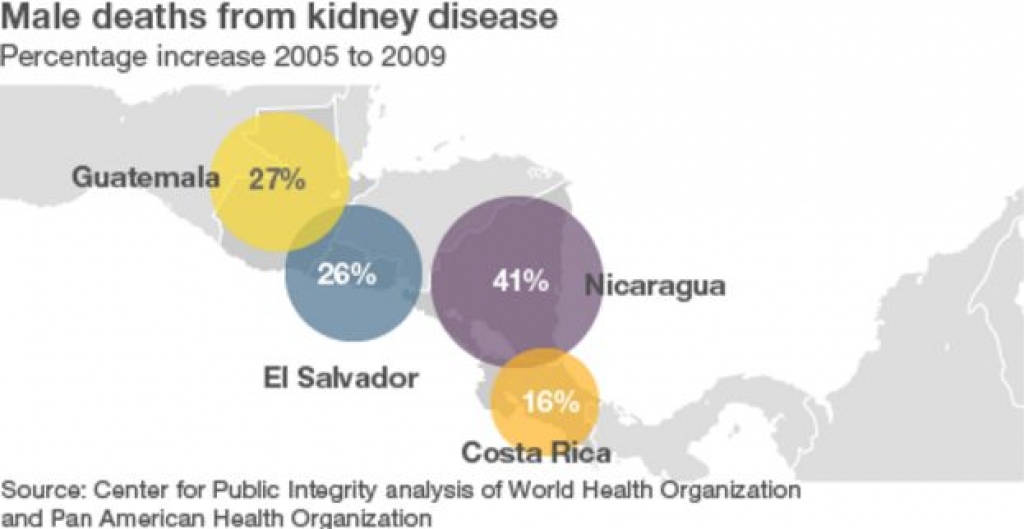 According to data from national transplant coordinators, nearly 3,100 patients currently receive dialysis in El Salvador due to CKDu, over 3,000 in Guatemala, 1,800 in Panama, and 1,000 in Nicaragua.[2]

Figure 2. Chronic kidney disease age-standardized mortality rate trends in all ages population, by sex in Central American countries, from 1997 to 2013 is low

Most patients affected by CKDu are males between the ages of 20 and 60 who often live in rural or agricultural settings and may be exposed to extreme working conditions. Many experience a rapid loss of kidney function.

Figure 1. Proportion of men vs. women: Decline in eGFR 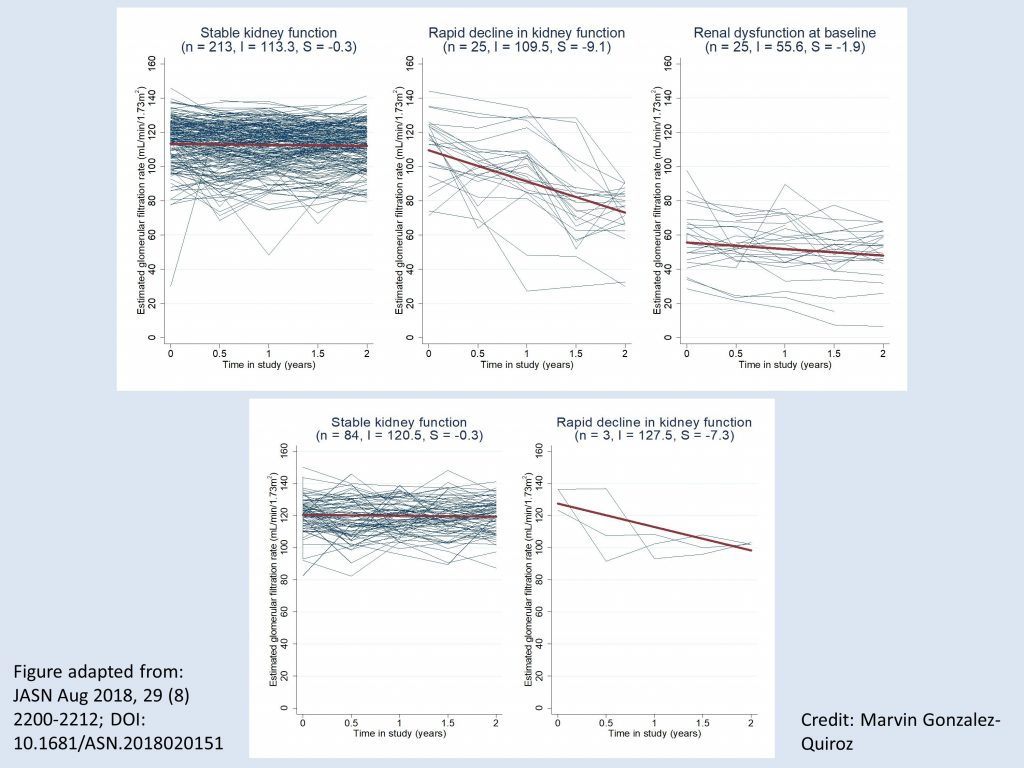 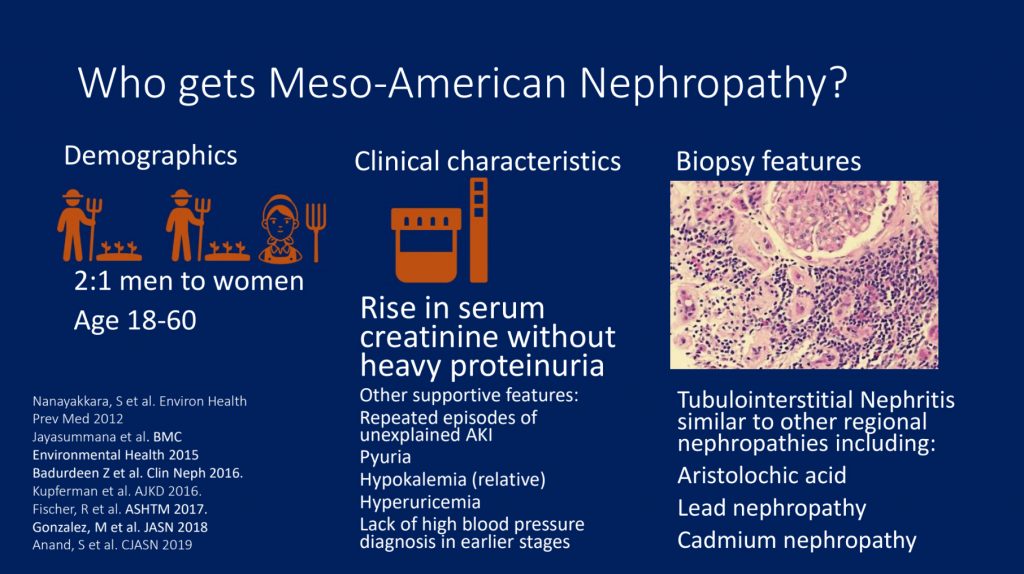 A historical example of regional nephropathy

Regional kidney epidemics have occurred throughout the world in the past (Figure 2). Balkan endemic nephropathy is perhaps the most prominent historical example. After it was first described in the early 1940s, Balkan nephropathy was linked decades later to Aristolochia clematitis, a weed growing in wheat fields that infiltrated the flour mix consumed by farming families living along the Danube river.