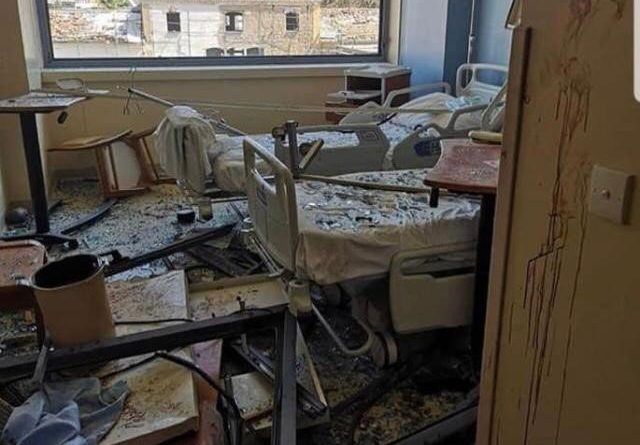 One Month on: Beirut after the Blast – an ISN Young Nephrologist Reports

The city’s infrastructure, including supplies and services to the Renal Community, has been severely damaged, recounts Dr. Sabine Karam one month after Beirut suffered a massive explosion of such strength that it was felt 150 miles away in Cyprus, killing 190 persons and injuring some 6,500 others. 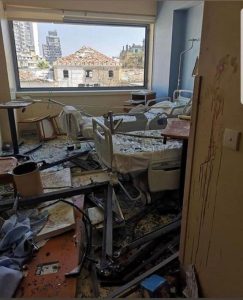 “Four hospitals in the vicinity of the blast were affected. Many patients were killed instantly or died while being transferred to remote hospitals to accommodate the overflow. Saint George Hospital University Medical Center (SGHUMC), the hospital where I practice, comprises 400 beds and a major dialysis unit with 92 chronic patients.

SGHUMC hosts one of only two pediatric chronic dialysis units in the country. Patients have been distributed throughout the region. Most of the equipment has been damaged. Only the emergency room and twenty hospital beds are currently available. It’s estimated that it will take at least a year for the rest of the structure to be rehabilitated if adequate funds can be secured.

Geitawi University Hospital comprises 270 beds and a dialysis center with 90 adult patients. Only the dialysis and burn centers are currently functional.  It will be at least three months before the hospital is even partially available.

The Rosary Hospital and the Quarantina Governmental Hospital, which comprise 50 beds each, have been destroyed and are currently not functional. The Quarantina Hospital Distribution Center, serving as the primary drug supplier for all patients covered by the ministry of health, was also destroyed, compounding an already existing shortage of key medications at other governmental agencies due to Lebanon’s crippling financial crisis over the past ten months.” 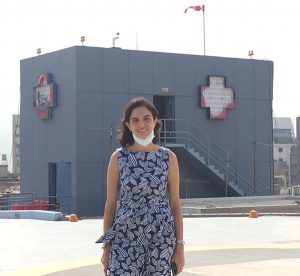 Dr. Karam is a member of the Executive Committee of the Lebanese Society of Nephrology and Hypertension (LSNH).

The ISN Renal Disaster Preparedness Working Group (RDPWG) has been working alongside the Lebanese Society of Nephrology and Hypertension (LSNH) Disaster Task Force to support nephrologists and kidney patients in the area, says Dr. Adrian Liew, Director of the Kidney and Transplant Practice at Mount Elizabeth Novena Hospital in Singapore, ISN Executive Committee and RDPWG Chair.

The local Task Force has conducted assessments of renal patients, both adults and children, as well as compiling a list of the shortages at hemodialysis units and the clear deficiencies in the provision of inpatient renal replacement therapy.

Based on this survey results, other sources of information, as well as an assessment made by the field office of the World Health Organization on the availability of medications for renal patients (received on August 12, 2020) indicating a supply lasting one month at the central warehouse of the Ministry of Public Health, an urgent appeal and request for support and aid are being made, writes Prof. Ali K. Abu-Alfa, Head of the Division of Nephrology and Hypertension at the American University of Beirut-Medical Center, President, Lebanese Society of Nephrology and Hypertension, and Deputy Chair of the ISN Middle-East Regional Board.

The ISN Renal Disaster Preparedness Working Group has been in contact with major institutions worldwide and coordinated assistance with organizations, such as the WHO, and major drug and equipment companies, to assist the disaster relief effort in Beirut. 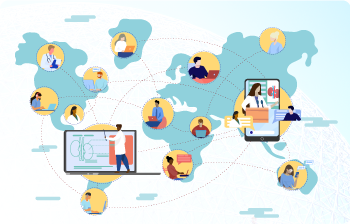 VIRTUAL WCN’21: A Global Event at Your Fingertips

Throughout its 60-year history, and in collaboration with local hosts, the... read more 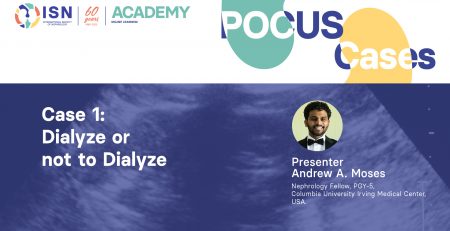 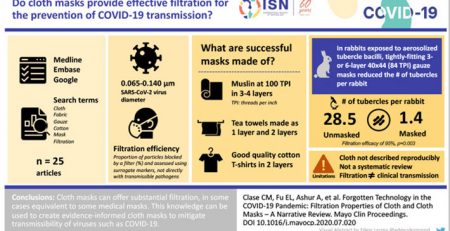 The ISN-COVID team has developed a visual abstract and infographic for... read more

WCN’21 organizers would like to have ISN members’ input to ensure... read more 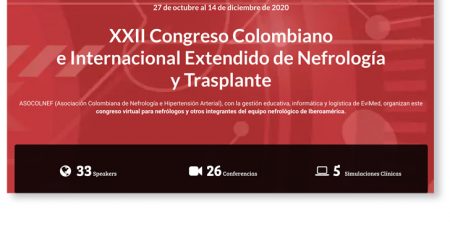 The Colombian Association of Nephrology and Arterial Hypertension (ASOCOLNEF) will hold... read more 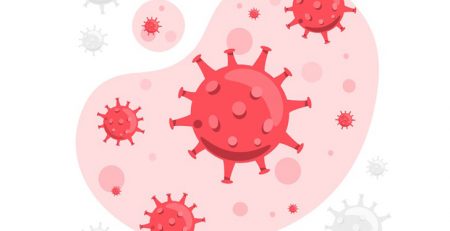 Ethics of kidney care in the era of COVID-19 The paper describes... read more

Apply for an ISN Travel Grant to Attend WCN’21

The World Congress of Nephrology 2021 (WCN’21) organizers are pleased to... read more

Submit an Abstract to WCN’21 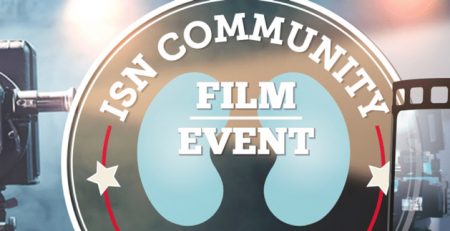 How have your patients coped with a kidney disease diagnosis? How was... read more

Save The Date- Webinar: SGLT2i in Diabetic and Non-Diabetic Kidney Diseases

The webinar, Gathering Wisdom: SGLT2i in Diabetic and Non-Diabetic Kidney Diseases, will be held... read more

VIRTUAL WCN’21: A Global Event at Your Fingertips

Apply for an ISN Travel Grant to Attend WCN’21

Submit an Abstract to WCN’21

Save The Date- Webinar: SGLT2i in Diabetic and Non-Diabetic Kidney Diseases